Posted at 09:36h in Uncategorized by Lennium Group 0 Comments
0 Likes

A new warehouse and transport facility will arrive at Queensland’s largest industrial development in the new year, bringing with it hundreds of jobs for Ipswich residents.

Up to 370 jobs will be created in Ipswich in the new year, with plans for an enormous warehouse and transport facility at Bundamba given the green light.

A warehouse, freight area, and office will be built on the vacant 13ha site at 7001 Wood St, Bundamba.

Neighbours include Costco, Capral, the Reject Shop and a service station. 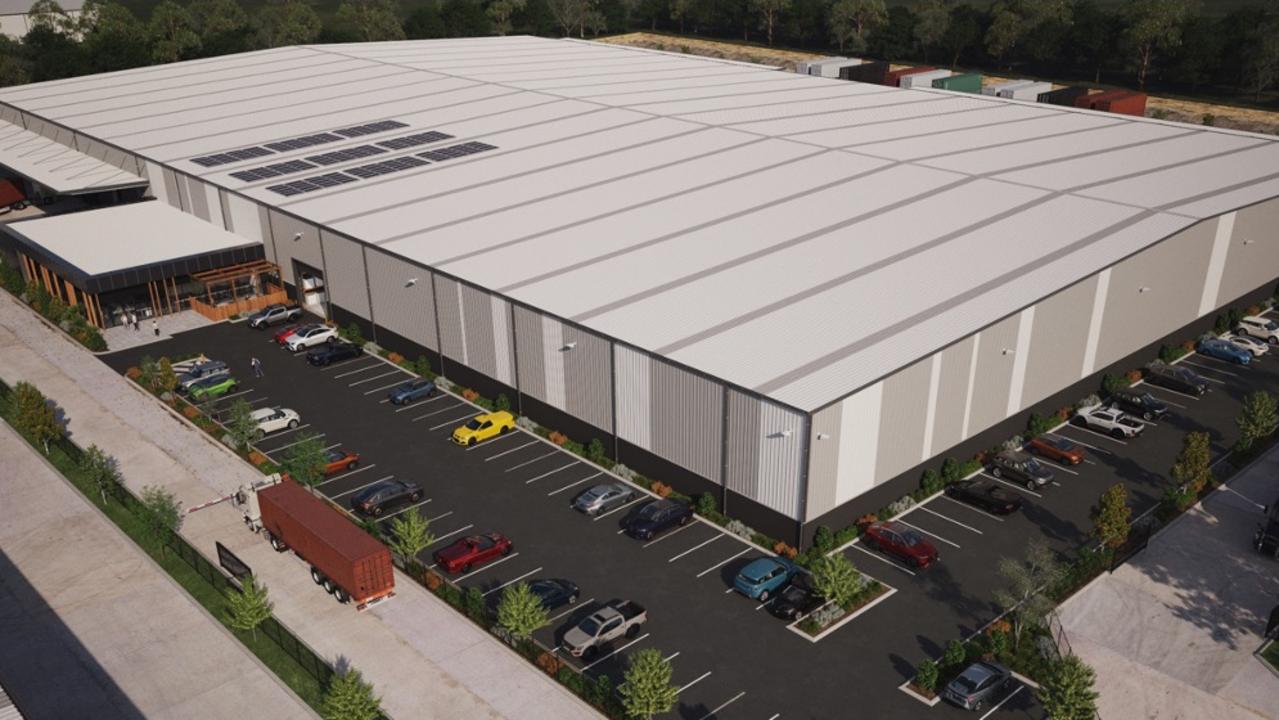 An artist’s impression of the warehouse and transport facility.

Gibb Group did not reveal the tenant but confirmed the first stage of the development was a warehouse and transport facility for a national logistics group.

Plans submitted to Ipswich City Council in August stated the likely tenant was an “established Australian company with locations of a similar scale across the country”.

Between 200 and 300 local jobs will be created during construction and an estimated 60 to 70 workers will be needed to run the facility.

A Gibb Group spokesman said the second stage would be a “speculative’’ warehouse complex offering facilities from 3000sqm to 10,000sqm.

“We are yet to lodge an application for this second stage,” he said.

“Built out, the two stages represent some 50,000sqm of new warehouse space for the market.” Nearly 90 car parks will also be provided, as well as a B-double parking area and a storage area for up to 35 shipping containers.

The facility will operate 24 hours per day, seven days a week.

“We believe the speculative product we will bring into the market next year will fill a much needed gap in the current market,” Mr Wintour said.

“We will offer a range of warehouse tenancies all with their own dedicated and secure yard space, which is hard to find at the moment.”

“We are excited to be partnering with Gibb Group to progressively develop out the industrial masterplan at Citiswich adding to our portfolio of existing investments and development pipeline,” he said.